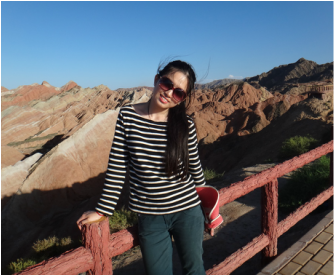 My bachelor studies equipped me with comprehensive geological knowledge and fundamentals for groundwater studies. Supported by Prof. Zhu, I led a four-member group to conduct a scientific project funded by the National Ministry of Education. We examined the heavy metal effect of the tailing piles of a mining company  . With the combination of chemical analysis and 3D modelling, we finally identified heavy metal's migration via groundwater and predicted its pollutants plume. The project as granted at an Excellent level(top).

My master research focused on coupling groundwater model. In the past, the waterflow in vadose zone and in the aquifers are modelled splitly, which may neglect the interactions of surface and groundwater.  I adopted GMS (Groundwater Modelling Software) and Hydrus to connect these two water flow processes. Taking Zhongwei, Ningxia as a case, I modelled the groundwater movement and solute transport in a fast-tree base in Ningixia, where people irrigate the desert with reused water and grow trees for paper making.

With the training of chemical analysis and numeric simulations, I gradually become interested in water management. Following the previous studies, I keep on studying the myths of groundwater, but using a combination of natural and social method to explore how we can manage groundwater use for the long run. My PhD study is to explore the social and ecological drivers to the change of groundwater recharge, and examine the interactions of these human and natural factors. I use satellite data (GRACE) to detect the groundwater change and adopt stakeholder analysis and scenario planning to understand the current management system and relationships of interests between multiple stakeholders. I believe a combination of data-driven science and community-based research would help connect the science and society in a cohesive manner.